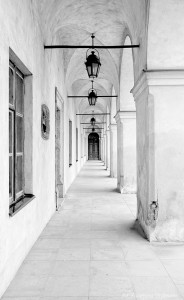 “Scholars and scientists who work on mechanical translation believe that within a few years the system may greatly increase communication, particularly in technical subjects, by making translation quick, accurate and easy.”
The New York Times – January 8, 1954 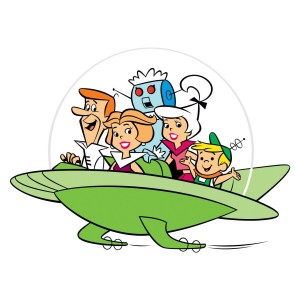 Instead, the cars shrank, the space suits disappeared, the house-sized computers now fit in your hand, the robots are faceless wired Legos and the Moon colonies were erased from the drawing board before they even began.

The real technology revolution turned out to be exactly the opposite of the predictions.

Things didn’t get larger, they got smaller. The technology was not flashy, it disappeared silently into unimaginably more powerful hand-held devices. 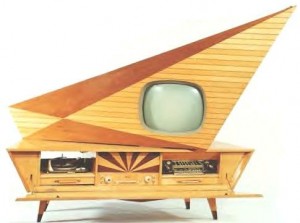 Electronics did not fill rooms, it slid into pockets.

And what about all those newspapers they were reading during breakfast on the ultra-modern Moon colonies?

And machine translation is still clunky and unreliable nearly 60 years after the New York Times prediction above.

An outcome that’s exactly the opposite of the prediction.

How could all these predictions have gone so impossibly awry?

Predictions of explosive technological change are almost always wrong. What futurists think of as their own “imagination” is really a mirror reflection of what’s already staring them in the face that very day (such as the US space program in the 1950s) suddenly applied to the entire world (We’ll all live in space!), which is an unfortunately stale and unimaginative practice of taking whatever exists and simply extending it randomly into the future by making it larger or faster or more colorful or otherwise “futuristic.” 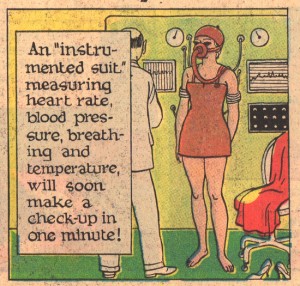 “Translating machines will soon take their place beside gramophone records and colour reproduction in the first rank of modern techniques for the spread of culture and science.”
Emile Delavenay
December, 1958

Futurists are overly seduced by the newest technology, most of which fails or is discarded or becomes outdated in the near term (8-track tapes, black-and-white TV, AM radio, the DeLorean) making what seems “futuristic” at the time unlikely to survive into the real future.

Hopeful technocratic predictions are also overly reliant on the views and opinions of engineers, who tend to have a narrow solutions focus that is surely admirable in its efficiency and focus (it got us to the Moon), but a bit too spartan and utilitarian for people to embrace (“I’m not wearing aluminum!”) 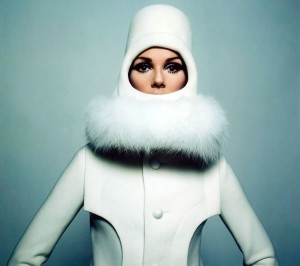 And that brings us to the most important reason that technology predictions fail:

Successful technology is always shaped by human interaction: Technology that does not improve or advance or align with human experience will be modified, rejected or ignored.

The philosopher, quantitative analyst and former Wall Street trader Nassim Nicholas Taleb describes in his recently published book Antifragile how the technology that’s succeeded over long stretches of human history is likely to survive into the future – and triumph against challenges – strictly by virtue of its hard-earned symbiotic relationship with humans.

So consider what did not change today in the face of our 1950s wide-eyed futurists’ whiz-bang space predictions of new things to come in our daily lives like “shiny synthetic space suits and nutritionally optimized pills”:

“Tonight I will be meeting friends in a restaurant (tavernas have existed for at least twenty-five centuries). I will be walking there wearing shoes hardly different from those worn fifty-three hundred years ago by the mummified man discovered in a glacier in the Austrian Alps. At the restaurant, I will be using silverware, a Mesopotamian technology, which qualifies as a “killer application” given what it allows me to do to the leg of lamb, such as tear it apart while sparing my fingers from burns. I will be drinking wine, a liquid that has been in use for at least six millennia. The wine will be poured into glasses, an innovation claimed by my Lebanese compatriots to come from their Phoenician ancestors, and if you disagree about the source, we can say that glass objects have been sold by them as trinkets for at least twenty-nine hundred years. After the main course, I will have a somewhat younger technology, artisanal cheese, paying higher prices for those that have not changed in their preparation for several centuries.”

The point here is not that old technologies are always best – after all, I use voice-recognition technology in my own translations of physics on a hardware system I designed myself – it’s that technologies that old have survived an astronomically large number of destructive challenges over the centuries and yet have survived intact today – in fact, prospered from those challenges – because they are imperceptibly woven into the human experience.

Language is a special case in technology because it’s the most essentially human of all possible cognitive activities. That makes it very nearly organic in evolution and behavior, erratic and unpredictable, frustrating and counter-intuitive, and unusually resistant to successful algorithmic manipulation.

Recent research in cognitive psychology has consistently demonstrated that human intelligence in decision-making is at its core overwhelmingly emotional, often irrational, and exceedingly human-bias-driven. So that makes it a highly intuitive activity, a domain that has continued to frustrate researchers in artificial intelligence (AI) since its inception.

The obsession in AI with all things “logical” as the core concept in defining “intelligence” is a false artifact of a failed imagination – and a trap Hollywood has deftly avoided.

In MT, these constraints, among others, force persistent errors as the code scrambles to keep up with the sprinting language. This rampant error propagation in MT is also why post-editors are so crucial to every step of the machine translation enterprise.

Today’s post-editors function much like the mechanic who takes up permanent residence in the passenger seat of the forever failing two-seater Jaguar sports cars of the 1960s that would break down endlessly, assuming that they started at all.

Improvements in technology have surely improved the quality of MT, which is why it has important and valuable applications in gisting, high-volume/low-quality translation and online on-the-fly translations — all areas where it will continue to expand and likely dominate.

The temptation to definitively solve the MT problem once and for all — to replace professional human translators –by “perfecting the technology,” however, much like re-engineering the Jaguar, fails on the nature of language itself.

Our own scientific study of language in linguistics reveals that ambiguity in language is a feature, not a flaw. It’s a recurring, inbuilt functionality that continually re-asserts itself and makes language a wonderful tool for describing a fuzzy world of ambiguity and inference and subtlety and nonlinear complexity and, of course, the downright messy realities of human relationships.

Including human relationships with technology. 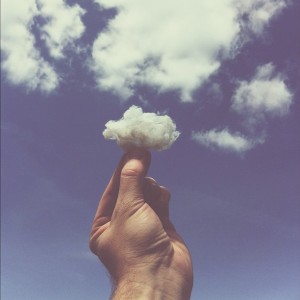 The cost of failed predictions

You would think that this disastrous record of preposterously bad predictions would at least shame commentators into adopting a more modest or humble stance on language and technology, but hardly a week goes by today without yet another “Star Trek Universal Translator” article that comes to all the wrong conclusions.

This week The Economist set out to explain how the Universal Translator in Star Trek reads brain wave activity to accurately translate inter-galactic languages in the 23rd century. This is quite well-known in the science-fiction lore, and it was an unusually creative solution at the time because the Star Trek script writers were, uh, writers, who knew all the confounding rules responsible for the subtlety and power of language, which would certainly defeat any computer analysis they could reasonably foresee, even in the 23rd century.

But The Economist then promptly swung around and without even blushing – or hoping nobody noticed the card deck change – gave glowing reviews to a silicon-based, non-intuitive, non-contextual, non-brainwave-reading, early-21st century technology that is slavishly tied to individual words – a creaky, mistake-spewing Stone Age technology by comparison. 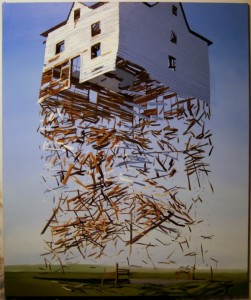 The future of coders

Perhaps what’s most striking in language technology predictions is the complete absence of even a hint of a prediction of the demise of computer programmers. After all, technological advancements in the modern motor vehicle have all but eliminated backyard screwdriver mechanics and tinkerers. Typewriter repairmen have been gone for decades. And nobody repairs computers today, anyway – it’s just faster and cheaper to buy new ones.  And how many new apps do you need when 1 million have already been written?

As technology improves, it becomes more transparent, reliable, and cheaper and dramatically less insistent on intervention. 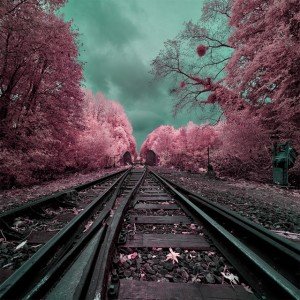 Translators are the past – and the future

Translators should be the least concerned with advances in language technology. They have the one skill set that is essential to understanding and conveying meaning in human language.

That means that they are by far the most crucial link in the chain of viable MT.

The computer programmers, on the other hand, might want to think more carefully about their future, especially given the inverted way these technology predictions turn out. They may be tomorrow’s backyard screwdriver mechanics and tinkerers who suddenly find themselves out of work.

And can we put an end to the vaguely dismissive talking-down to translators from those failed technologists? I’m weary of watching the alchemists lecture us chemists – you know, the people who actually do all the valuable work, have done so for millennia, and will continue to do so in the future.

13 Responses to “The Future has an Ancient Heart: Why Predictions about the Future of Language Technology Always Go Hopelessly Awry”