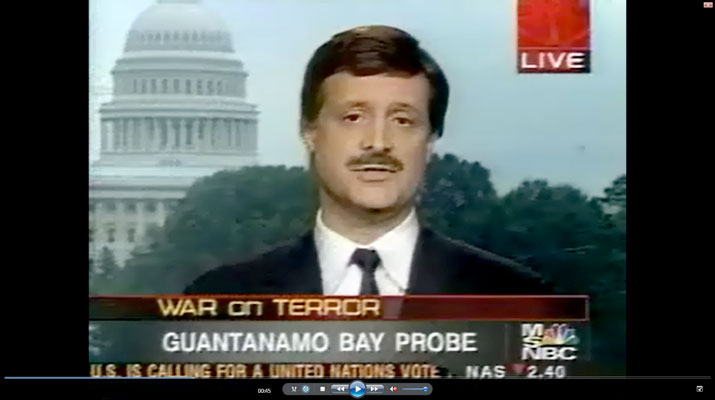 In 2003 ATA was quoted in Congress and changed the public debate.  Here’s how it happened.

I always forget how bone-chilling cold a network TV studio can get.  It’s roughly the temperature of liquid nitrogen. That’s so all the blistering hot lights that tower over the studio – which you don’t see when you watch TV or video from home – don’t fry all the cameras or cook the news anchors.

On this day in October I’m in a cramped and very cold NBC studio in Washington, D.C. three blocks away from the Capitol building, about to go on live on the MSNBC national TV network to talk about translation and ATA.   It’s 2003, just two years removed from 9-11, and the country is still deep in panic mode, not sure if another attack is on the way.

It turns out that this would also be the day that the American Translators Association (http://www.atanet.org/) would elevate translators to a newfound visibility and in the process change national policy.

The MSNBC anchors interviewing me live are not in Washington, they’re in New York City.  I’m being piped in to answer questions in what’s called in TV parlance a “live remote”. So that means that the Washington, D.C. NBC studio I’m in has no anchors or any human, the camera lens is impossible to see and the tech who mic’ed me just left the room, so the huge door closes behind him in a soft insulated woosh.

Live remotes are the terror of TV.  They can and do destroy the careers of even the most seasoned spokespeople because it’s not just what you say that counts, it’s what you look like and how the live TV audience instinctively reacts to you.  It’s said that TV is 80% visual, no matter what you say.  Even the slightest mistake – scratching your nose in a way that doesn’t exactly look like a just scratch on TV, say – can humiliate you.  You will end up on YouTube, and not in a good way like some impossibly cute Francophone cat.

I’m deeply thankful at times like this that I get preternaturally calm when appearing live in front of 20 million people. Something about live TV settles my soul.  But still.  I can’t see the anchors, the floor manager or anybody else, or even their studio, and they can’t see me.  I’m in a black box by myself 230 miles away from the people who are talking to me.

Kevin, we’ll be back in 30 seconds

My earpiece crackles to life. “Kevin, we’ll be back in 30 seconds,” a disembodied voice from the dark says into my ear.

That’s the Executive Producer, known as the “EP,” in New York. Then more silence.

This is my third of eight national TV and radio interviews I will do in a frantic tour before the sun sets today.  The whole whirlwind began when the Washington Times printed a front-page story that morning quoting me as ATA spokesman saying that the proper security procedures had not been followed in hiring Arabic translators and that unqualified non-professional Arabic translators were being hired.

“Coming out in 10 seconds, we’ll dump to you in 5,” the voice said in my ear, and then went silent again.

I sat up in my chair, leaned forward, looked into the middle-distance blackness as earnestly as possible in my frozen state and cleared my mind.

“Today we have with us the spokesman for the American Translators Association, Kevin Hendzel,” the anchor says and suddenly the EP interrupts in my earpiece, saying “Oh, the anchor’s name is Lori.”

“Good morning Lori, thanks for having me,” I say exactly a nanosecond later, and smile.

And we’re off to the races. 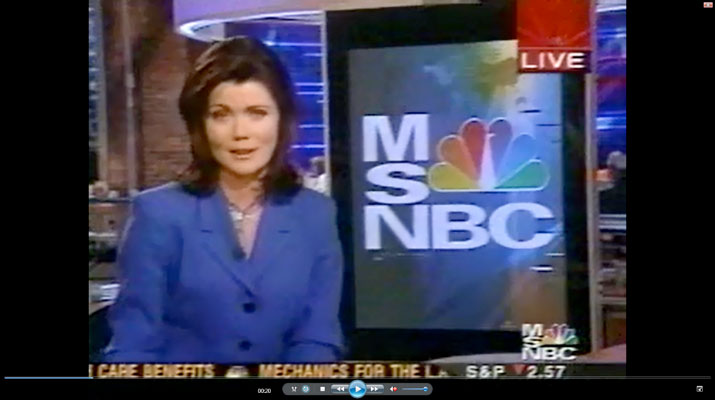 “Has there been a cutting of corners in hiring translators in national security?” Lori asks in my ear.

“Well, there has been some cutting of corners,” I say, peering authoritatively into the darkness, “but it’s because the government just hasn’t trained enough professional translators in these languages.  We’re paying the price of 30 years of neglect in translator training.”

That’s what’s called a “bump and run” in TV.  It “bumps” by acknowledging and (sort of) answering the question, but then “runs” to the issue you want to emphasize, where you make your key points.

MSNBC at its best

Lori comes at me again.  MSNBC at its best. 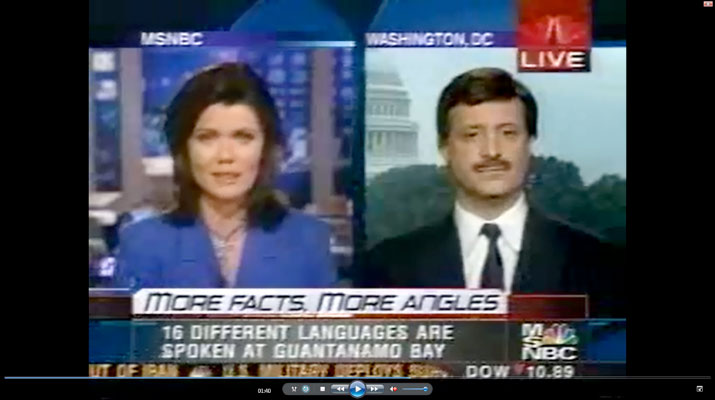 I need to be very careful with this.  As always, I am speaking on behalf of ATA and the Board in these cases and a formal accusation of malfeasance or violation of law would not be looked on kindly from many people in power within the federal government.  Many of our members worked for the government and several corporate members had sensitive government contracts.

“Well, they are conducting interim checks in some cases, which are not thorough security-clearance background checks,” I say, “but you have to understand that the government is trying to put translators in place who get information.  Translators are the gatekeepers in this process,” I say, repeating a line I must have said 1,000 times that day in TV interviews all over town.

ATA’s message to the media

This was crucial to the ATA message we had worked so hard to develop. Translators = gatekeepers.  That phrase has historically worked in all fields of translation and was perfect to emphasize translators’ key roles and to promote the interests of our members – the whole point of the national media program.

“And as you say, they are gatekeepers.” Lori says. (Yes!)  The interview wrapped up on my comments about how we needed to take the translator shortage seriously and work to put trained professionals in place.

All this was terrific authoritative national exposure for ATA and professional translators and something many associations 100 or 1,000 times ATA’s size would never see.

ATA media activism results in change to US policy

As I left the studio I grew concerned about whether I had pushed the security clearance issue too far.  I needn’t have worried.  Tom West, ATA President at the time, who was a huge champion and defender of mine, was even more in the government’s face.  (This was an amazing period.  The ATA Board could not have been more awesome in their support of the ATA media program.) Tom straight up told CNN, “They were desperate and sort of grabbing at straws.  They didn’t get the right clearances.  And all this just ignores the whole idea that professional translators exist.”

Senator Dianne Feinstein quotes ATA on the US Senate floor

What happened next put the final finishing touches on a remarkable week for ATA.  Senator Dianne Feinstein gave a speech on the US Senate floor quoting me and ATA on the translator shortage issue and the failure to use professional translators. One day later, Sen. Feinstein gave a presentation at a Senate Judiciary Subcommittee hearing during which she asked Charles Abell, Principal Deputy Undersecretary for the US Department of Defense, to answer the claims made by ATA and to explain what the government would do about it.

“It’s fair to say folks were brought on without the full security clearances,” Abell responded. “We just didn’t have enough trained linguists. We have taken measures to fix this now and hope to never be caught in this position again.” 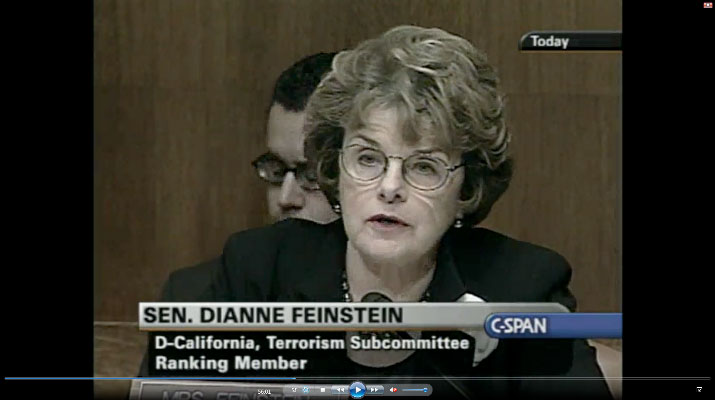 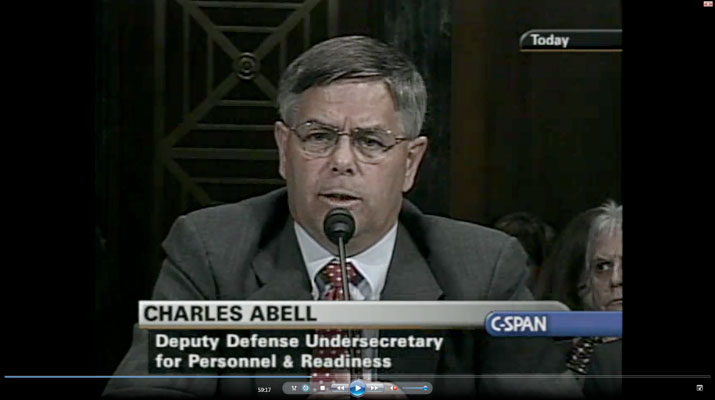 7 Responses to “Terror at 20 Million Feet”